THE RAINBOW – God’s Symbol of Covenant with the Earth 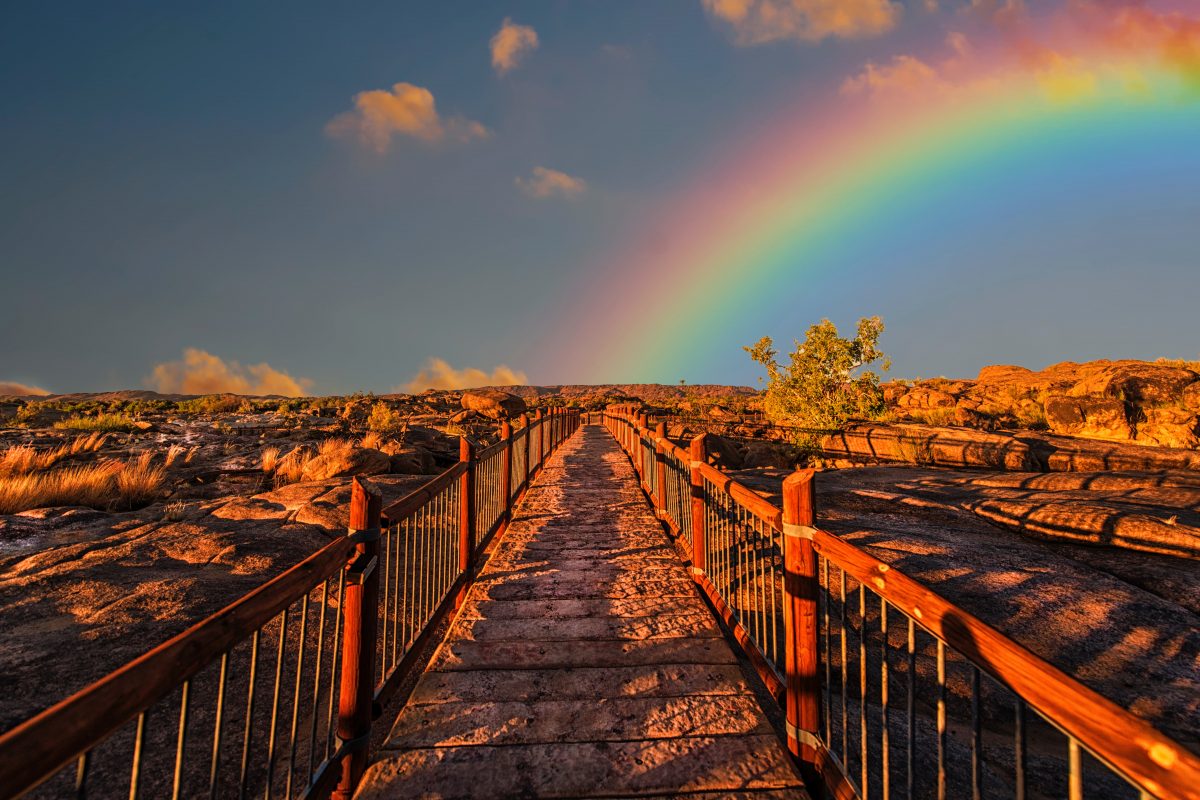 The Rainbow – God’s symbol of covenant with the earth.

I set My rainbow in the cloud, and it shall be for the sign of the covenant between Me and the earth. It shall be, when I bring a cloud over the earth, that the rainbow shall be seen in the cloud; and I will remember My covenant which is between Me and you and every living creature of all flesh; the waters shall never again become a flood to destroy all flesh.  Genesis 9:13-15

And He who sat there was like a jasper and a sardius stone in appearance; and there was a rainbow around the throne, in appearance like an emerald. Revelation 4:3

*all scriptures taken from the NKJV, unless otherwise stated

The devil and the system of this world work nonstop to constantly derail the plans of God for man and the earth. They have equally mastered the art of taking that which is holy and making a defilement out of it. It is a style that has worked from the beginning and which is still being used today to derail many from what is really true, making them embrace that which is ungodly. It is not unusual to see the very things which God used as the symbols of His glory become things that men have decided to use for the distribution of their evil thoughts. The most important one of all times is the reducing of man who was made in the image and likeness of God to mere helpless and carnal body of flesh and ungodliness. Such men who run these systems are wicked and wickedness lies in their bosoms, but God will judge both the works of the righteous and the heart of the wicked all together.

God’s bow in the sky

It’s obvious that God is deliberate about His word and very loyal to whatever promises or covenant He makes with man. Even when men fail, God doesn’t deny Himself and thus He doesn’t fail. And of course there is a lot to speak about sacrifices, covenants and also the subject of this article which is the rainbow, but I plan to keep this article quite simple and… maybe short.

A sacrifice and a covenant

All covenants, especially between God and man often carry with them sacrifices. Meaning covenants always carry some level of sacrifice with them. Or to see it another way, they cost something for them to be in place. Sacrifices, however, may differ from that which Noah gave to God, and which made him the man by whose faith the second world came into being and even that which Abraham gave to God and by whose faith the blessing of the third world or the new earth will come into place. Each man must know the sacrifice required of God for their covenant of faith to be established in God through Christ on earth.

Reclaiming the symbol of God’s covenant

I still do not know how the rainbow became the symbol of the LGBT movement and I really don’t give a toss about it. One thing remains and that is, the rainbow as a symbol is not the symbol of sexual perversion which God hates, it is the symbol of His mercy and love towards man. In fact, it is the symbol of his Holy Spirit around His throne in heaven. See Revelation 4. For by a physical rainbow the Lord made a covenant of peace with the earth against destruction by water but by the Spiritual Rainbow, which is symbolic of His Holy Spirit, is His promises and covenant for the New Earth sealed. For the physical first must be revealed before the Spiritual.

Reclaiming the rainbow as the symbol of God’s covenant with the earth doesn’t necessarily mean doing anything to stop the LGBT movement from using its colors for their unholy acts, (it takes nothing away from the rainbow if they use it or not), but much more about a spiritual realignment with the God who is behind the covenant and how that covenant affects the entire narrative of the earth.

Let me share with you one thing the Lord shared with me many years ago. I believe He did this around the very time my journey of faith began for real with Him. He showed me another side of how the rainbow as a symbol of His covenant works. He gave an instruction in these lines of words “whenever the rainbow shows up in the sky, remind me of whatever covenant I have made with you personally and whatever promise I have made to you. And I will be reminded”.

Clearly His words made perfect sense to me personally and I believe them. God instituting the covenant of peace with the earth using the rainbow as symbol is not just about stopping rain from destroying the earth, but much more about Him been reminded of His promises towards any of His children on the earth. See what scripture says: “Then the Lord said in His heart, “I will never again curse the ground for man’s sake, although the imagination of man’s heart is evil from his youth; nor will I again destroy every living thing as I have done. “While the earth remains, Seedtime and harvest, Cold and heat, Winter and summer, And day and night Shall not cease.” Genesis 8:21-22

For if it’s about not destroying the earth, for then there wouldn’t be any need to destroy the elements and the same earth with fire as 2 Peter 3:10 spoke about.

The question now is this, does God forget what He has said or promised? I don’t think so. I believe Him wanting man to remind Him of His promises is tied to what I call faith check. Let me put it this way. It takes some level of faith to keep in mind what God promised especially when many years have gone past without it coming to pass. So when God asks to be reminded, it’s not because He forgot, but He also wants to see if we still have his promises in mind by faith.

Please note, concerning using the rainbow as a tool for reminding God of His promises, it is my own personal dealing with God concerning the rainbow as a symbol to remind Him of His promises to me. It’s not a doctrine of any kind and neither should anyone do it if it doesn’t make faith to them. Having said that, I am also aware of those who will see this as witchcraft or some kind of magic or astrology or even call it new age doctrine. To think like that is absolutely foolish. For God Himself said “concerning the works of my hands, command ye Me.”

The new age doctrine is real, no doubt,  but much more real, but which many don’t pay attention to is the true meaning of the new age of Christ in which all mysteries hidden from the sight of man will be revealed and by that revelation, the mysteries of God will be finished. See Revelation 10:7. That Satan stole and he is propagating a twisted version of the new age of the mystery of Christ and calling it the new age doctrine of self-glorification, doesn’t mean it belongs to him. God is the author of the new age, which is a time to unravel the complete mystery of Christ even as the New Earth comes into place.

All will be recovered in time

I read a story some time ago by Anna Rountree about how Jesus took her to a place in hell where Satan keeps the trophies he steals from the hands of the sons of God. Jesus went to pick something that was very important for the church but which was lost to Satan over the ages. That story was rather interesting because in my mind I was thinking why not just take everything back in that moment. But then we must understand that time and season is key when it comes to how God deals with the earth.

However, there is joy in knowing that whatever has been stolen from the hands of the sons of God, either by errors of omission or commission, shall all be restored into the kingdom of Christ. And with this in mind I proclaim for all to hear that the rainbow and its colors are not the symbol of the LGBT movement. They are the symbol of God’s covenant of peace with man and the earth and the ultimate symbol of the beauty and the majesty of His glory.

A passionate photographer who is inspired by the Unseen to capture the seen. A singer/songwriter and gospel music minister; a bruised reed I will not break, and a smoking flax I will not quench. A Messenger of Hope, The Hope we have as an anchor of the soul, both sure and steadfast in God.

Samuel Phillips – Thank You for The Cross (Official Music Video)

Do Not Give Up Before Your Reward Comes