CORRUPTION – The Harvest of Sowing to the Flesh

Home / Notes / CORRUPTION – The Harvest of Sowing to the Flesh

CORRUPTION – The Harvest of Sowing to the Flesh

As many as desire to make a good showing in the flesh, these would compel you to be circumcised, only that they may not suffer persecution for the cross of Christ. For not even those who are circumcised keep the law, but they desire to have you circumcised that they may boast in your flesh. But God forbid that I should boast except in the cross of our Lord Jesus Christ, by whom the world has been crucified to me, and I to the world. For in Christ Jesus neither circumcision nor uncircumcision avails anything, but a new creation. Galatians 6:12:15

*All scriptures are from the NKJV, unless otherwise stated.

What is corruption?
Corruption is not stealing of money from the people or government. Stealing of money is just like one of the many “flavors” of the fruit of the tree that produces corruption. Corruption is what happens to a man, a people, a government or a nation when the life of God is taken away from them. Period. That is why the psalmist, king David wrote of the Lord Jesus “For You will not leave my soul in Sheol, Nor will You allow Your Holy One to see corruption.” Psalm 16:10. Meaning that corruption is what happens at the removal of God’s breath from a thing which then goes on to create decay and complete annihilation by maggots.
Without the life of God in a man or a nation, they all are just walking corpses of clay, devoid of life and spirit. And it’s quite scary that the absence of the life of God in a person, a people, a government or a nation may not necessarily make them stop calling Jesus “Lord, Lord”, nor does it stop them from claiming they are Christians or devoted Muslims. Simply put, what we claim doesn’t matter, what we produce as fruit is what does. That you claim you are a Christian doesn’t change who you really are if all you bear as fruit is the madness of money laundering, stealing of church funds, adultery, evil vices at your work place, falsifying contract figures etc. And that you claim you are a devoted Muslim doesn’t change anything, if all you bear as fruit is the countless bodies of innocent women and children blown to pieces by religious extremism and all the evils that come with this school of thought. We are truly what we bear as fruit.

Sowing in the spirit or in the flesh
There is the sowing in the spirit, which is the deliberate conformity to the desire and heart beat of God by our daily choices and decisions and how such choices and decisions align with the mind and intentions of God in our lives. And there is the sowing into the flesh which is the deliberate or ‘indeliberate’ act of walking, living life, making decisions and choices according to the dictates of human passion and desires, that have nothing to do with the mind of God. It’s that simple. And both sowing into the spirit or into the flesh have clear fruits in the physical. See what scripture says about the outward workings of sowing in the flesh. “Now the works of the flesh are evident, which are: adultery, fornication, uncleanness, lewdness, idolatry, sorcery, hatred, contentions, jealousies, outbursts of wrath, selfish ambitions, dissensions, heresies, envy, murders, drunkenness, revelries, and the like; of which I tell you beforehand, just as I also told you in time past, that those who practice such things will not inherit the kingdom of God.” Galatians 5:19-21. And also the outward fruit of sowing in the spirit “But the fruit of the Spirit is love, joy, peace, longsuffering, kindness, goodness, faithfulness, gentleness, self-control. Against such there is no law. And those who are Christ’s have crucified the flesh with its passions and desires. If we live in the Spirit, let us also walk in the Spirit. Let us not become conceited, provoking one another, envying one another.” Galatians 5:26.

He who sows to his flesh will reap corruption. Thus corruption is not what you fight. It is that which dies by itself when you stop sowing into your land the trees of ungodliness.

By their fruit we shall know them
Anyone can display, on the outside, some form of godliness while denying the power of Christ unto all righteousness. Fruit will always speak about the true intent of a man’s heart before God, irrespective of how they appear to look on the outside. And for those that have “mastered fruit bearing” on the outside for others to see, even though such fruits are not godly, remember that within every fruit there are seeds. Meaning that even if you deceive everyone with a false fruit, the seeds in that fruit will still find you out.

Let Africa Think
I live in Africa where self hate is prevalent. We can’t “fight” corruption when the act of fighting stems from hate, political propaganda and more corruption. The ones that take up the role of “moral police”, be they people, or government agencies fighting corruption, are as guilty as those they fight, for none of what they do reflects the mind of God. For whatever is done outside of faith is flesh and flesh cannot please God. The destiny of Africa as the seventh continent bearing the mandate to be the bearer of the realities of the third day of the Lord is not that of witch-hunting and injustices but that of the sounding of God’s trumpet for the healing, restoration and re-birth of the earth.

The Way Out
The only way out is this: remove the evil tree by true repentance and humble submission to God, clear your soil of the roots of that tree by allowing God go deep into your foundations by cleansing and godly judgment, prepare your ground by taking heed to the words that God will tell you and begin again by planting godly seeds of spirit into your heart through accurate meditations, and corruption – as a fruit of the tree of ungodliness – will naturally wither away. Simple.

In conclusion, let men stop displaying foolishness of mind and wastage of resources saying they are fighting corruption when the land is full of the trees of unrighteousness that men have planted by their own ungodly decisions and choices, thereby creating a land full of corruption as fruits. The agency or the person that created the system that is killing innocent people in their thousands in Northern Nigeria, using the dirty hands of Boko Haram will face the judgment of God with a fierceness that cannot be bribed away. The heart that could order a hit on a pregnant university woman in Kenya, ripping out the foetus from her womb like a chicken will not go free and it doesn’t matter if the case has been forgotten or bribed away. The hands that are stirring xenophobic attacks in South Africa, creating false chaos so that attention will be shifted away from the actual decay in that land will also not go free. I made mention of these three nations because of the role they are mandated to carry out for God in this age and endtime period.

We may create false flags all we like, but God cannot be mocked, for whatsoever a man, a nation and a government sow, same they will reap.
And for the Overcomers who are walking daily carrying their crosses and following the Savior, even in the face of pain, distress, frustration and many weaknesses, God will strengthen you to finish strong and that glory set apart for you, you will enter. 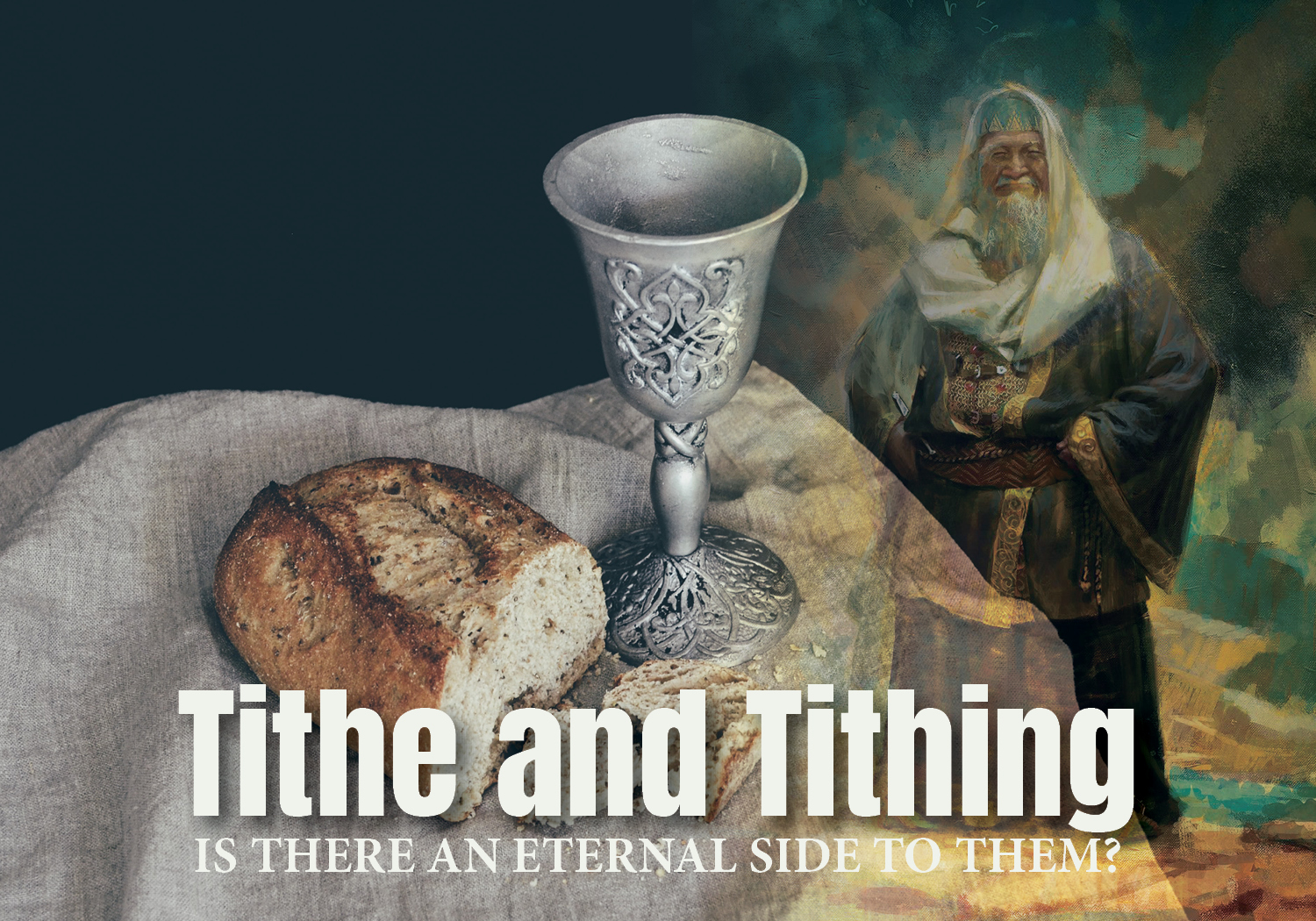 Intro In 2012, the Lord shifted the church from the Apostolic Order, which comprised of the fivefold ministry, 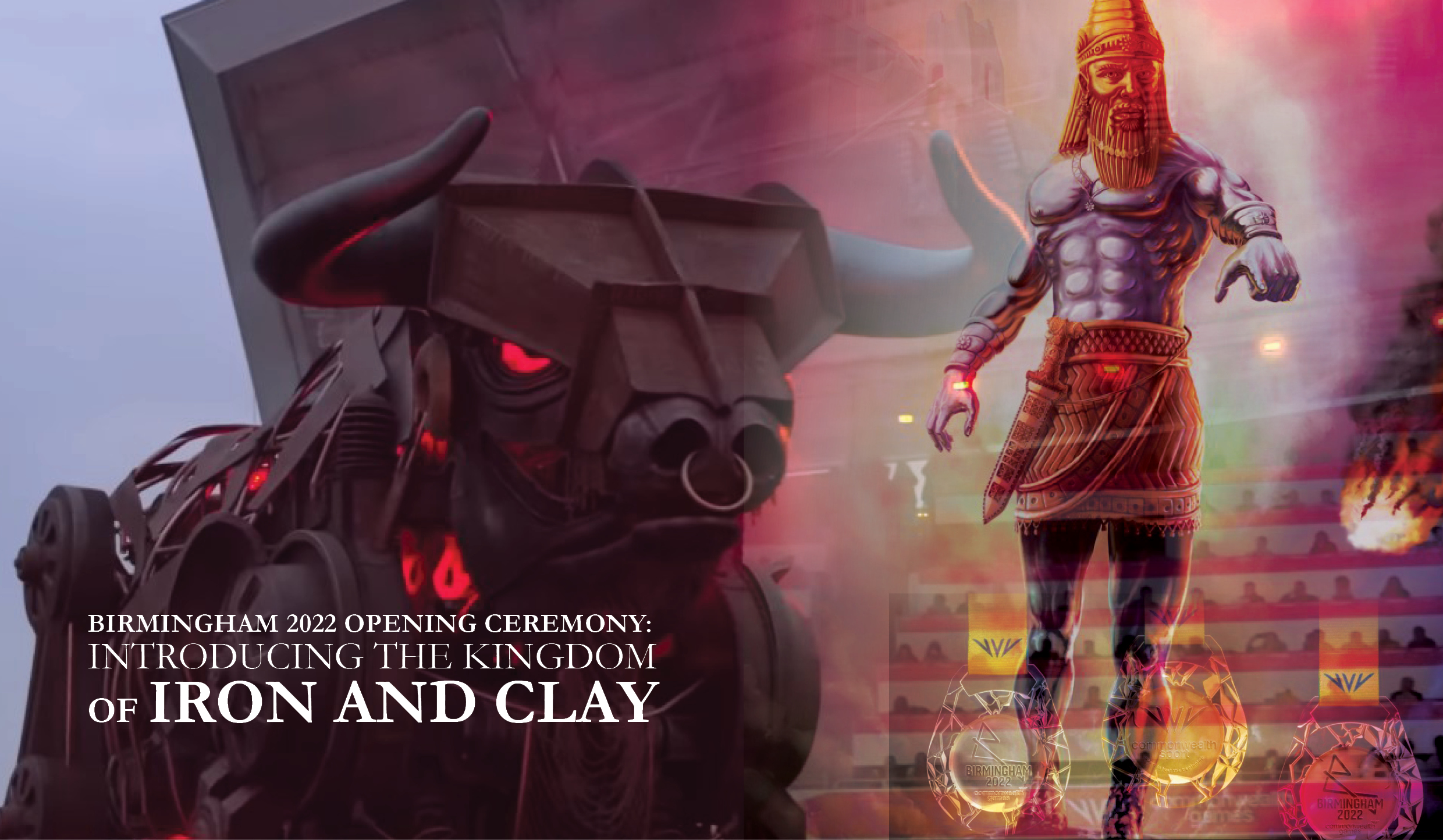 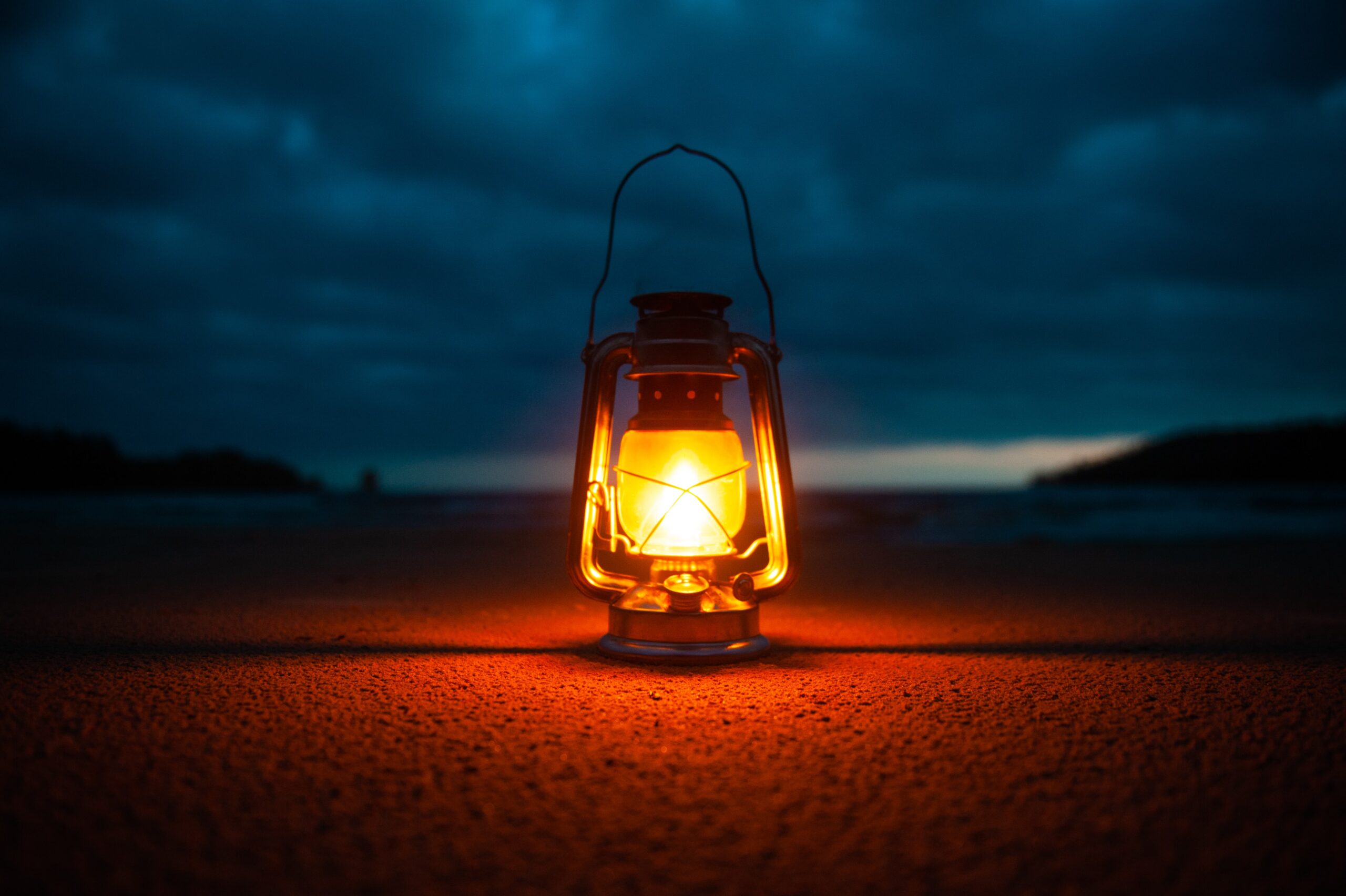 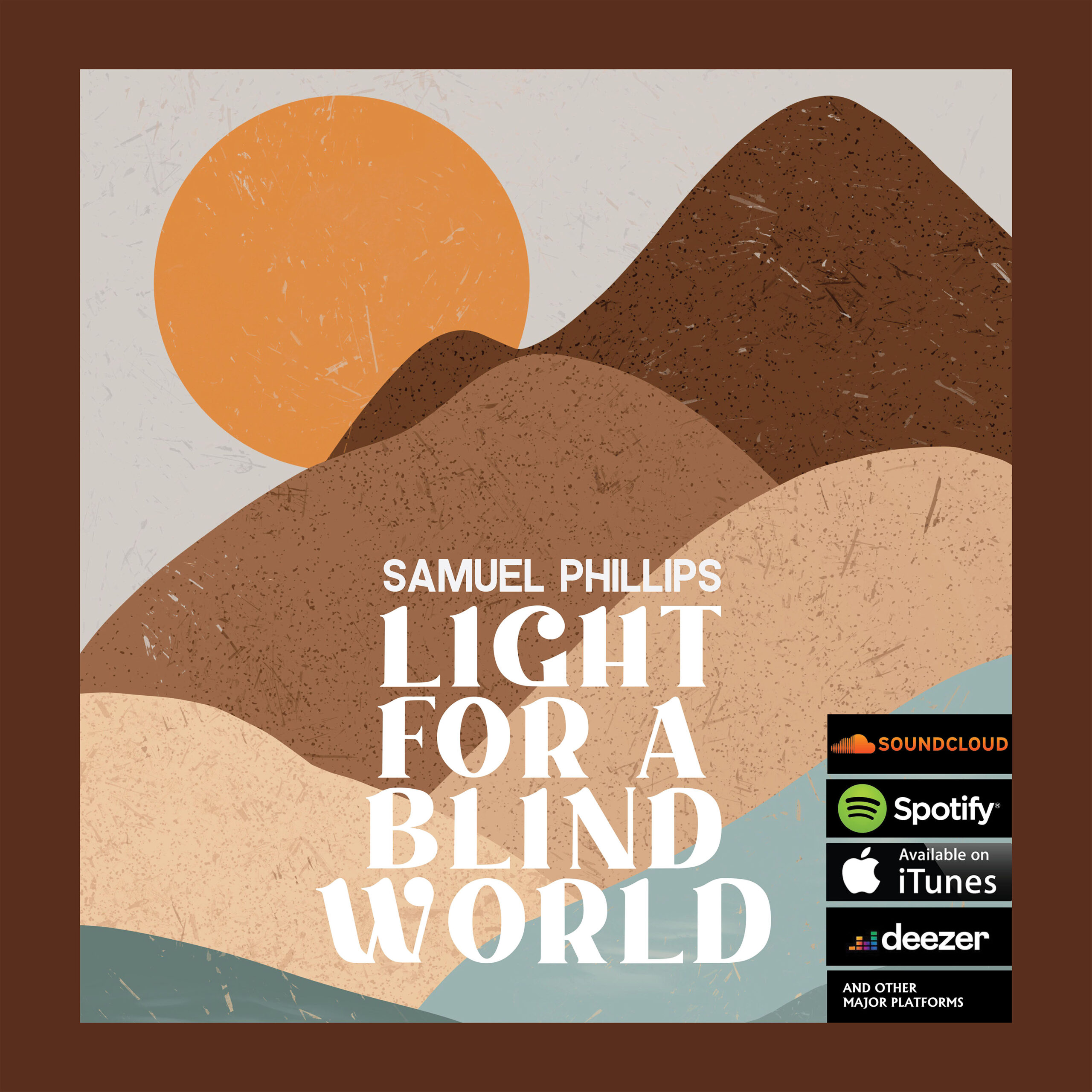 The world is in a very dark space right now, especially with the issue of the pandemic and 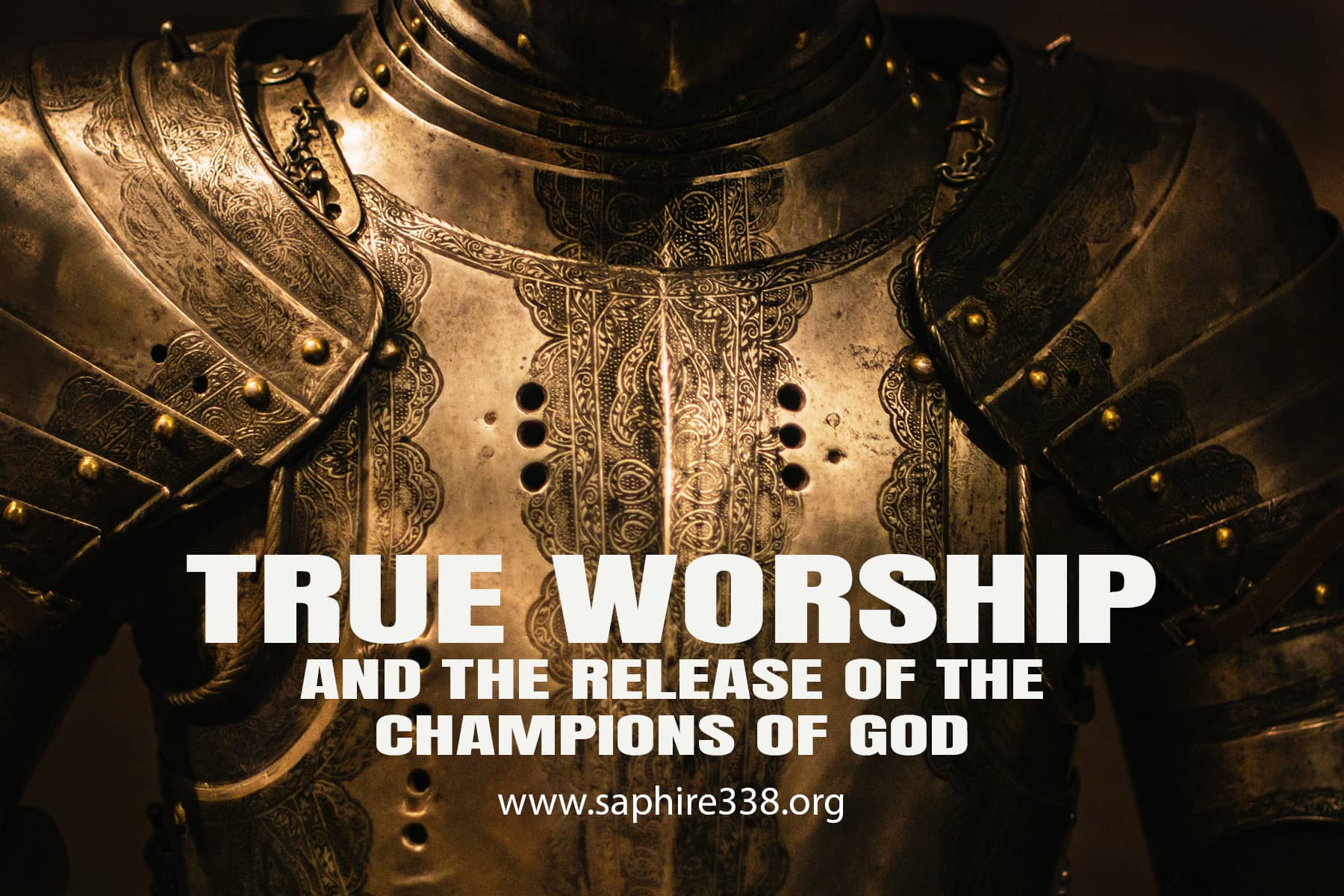 But know this, that in the last days perilous times will come: For men will be lovers of themselves, lovers 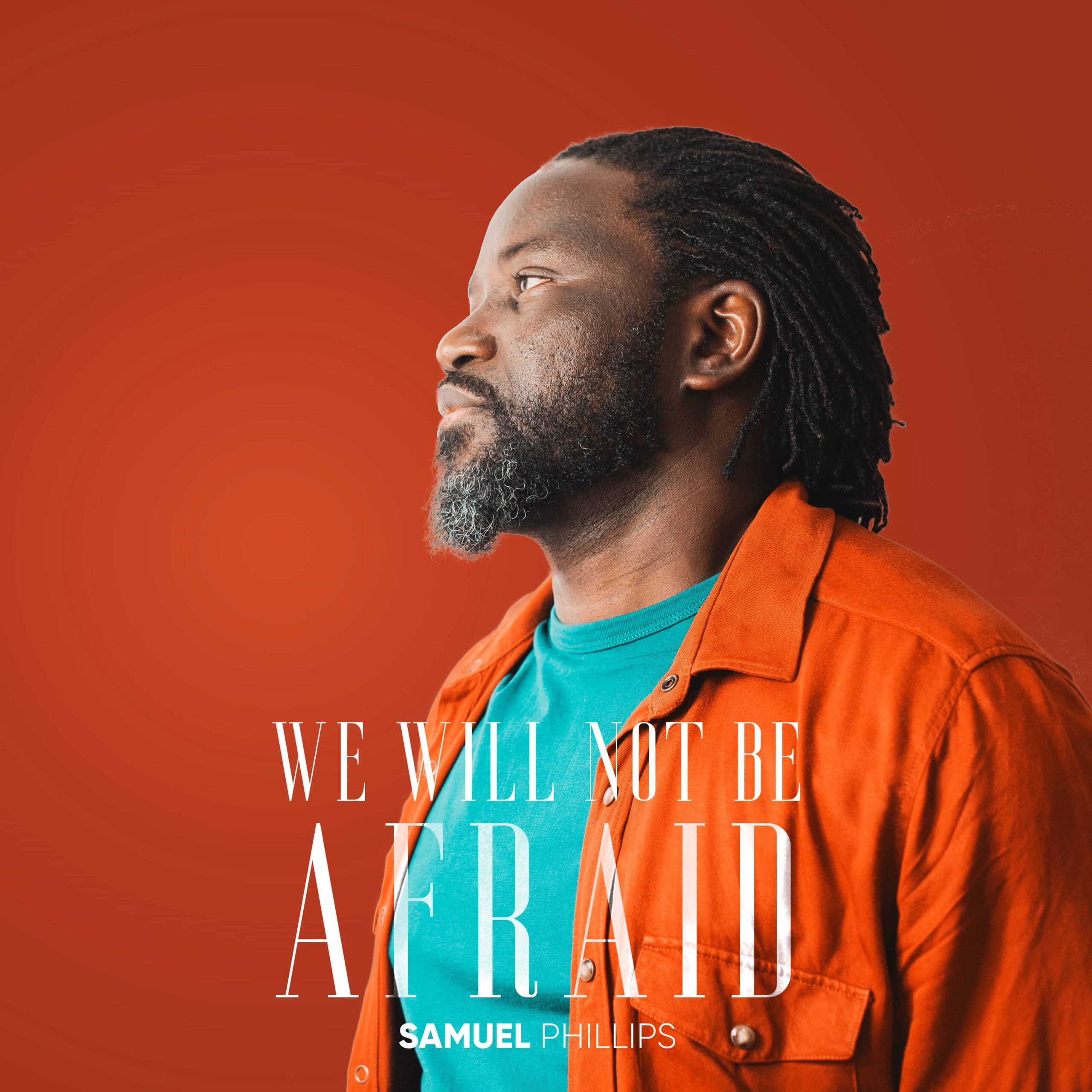 You will begin to see the clash of mountains, kingdoms ,and nations; and the earth will stagger like 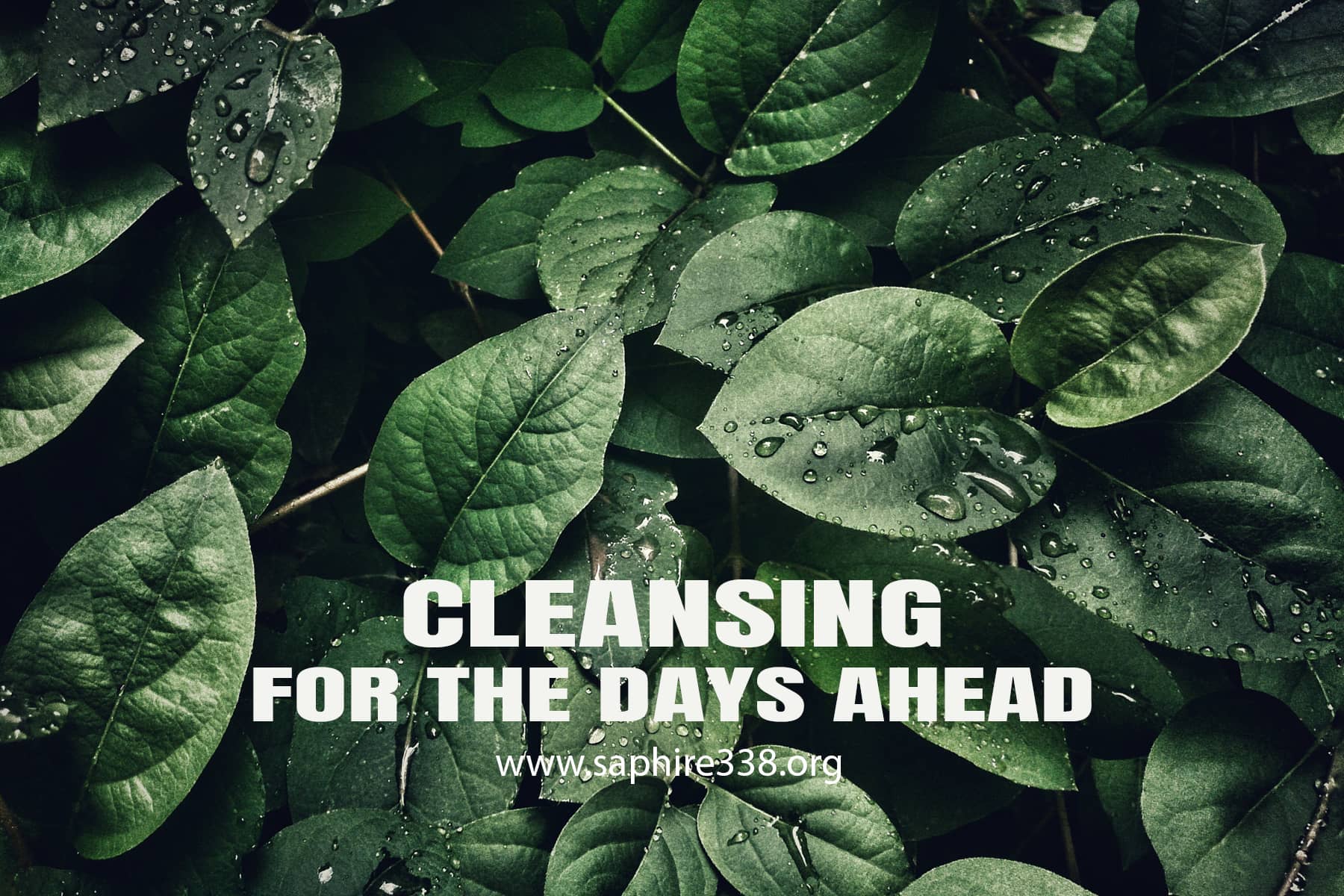 “Now ye are clean through the word which I have spoken unto you.” John 15:3 KJV All scriptures 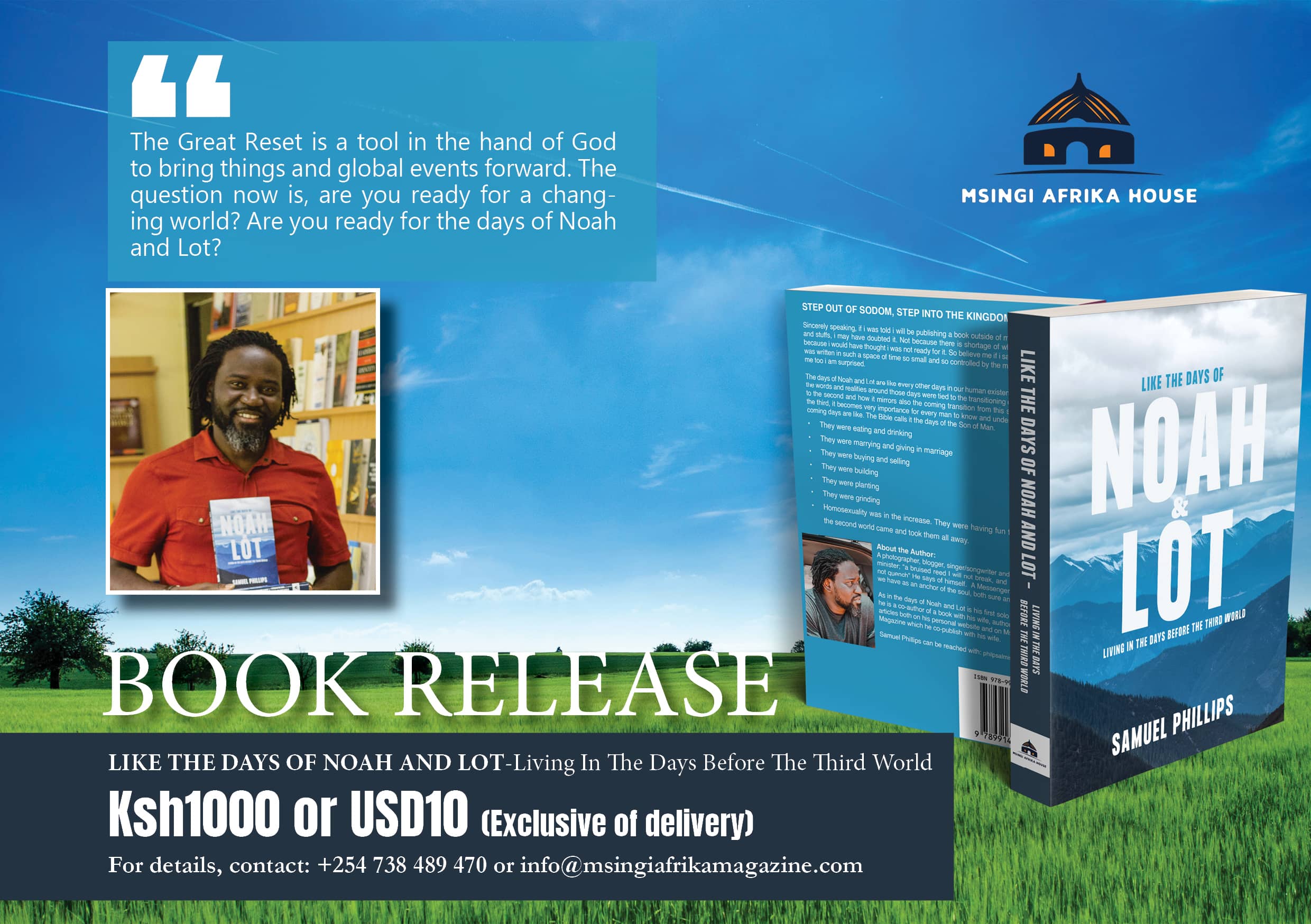 On the day my dad passed, I made a promise that my first book would be dedicated to 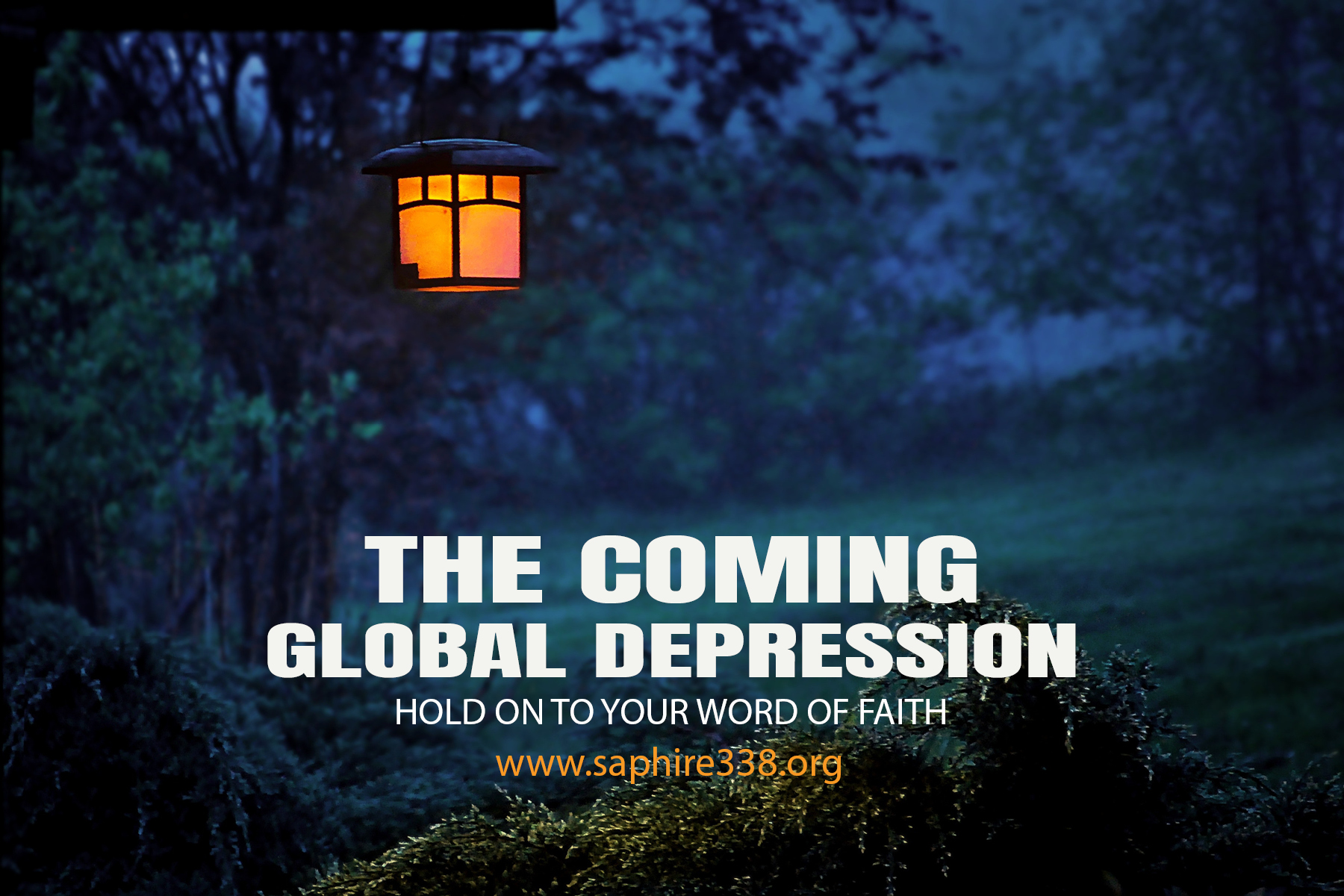 Click the audio player below to listen as you read. Voiced by Chioma Phillips. Watch therefore, and pray always 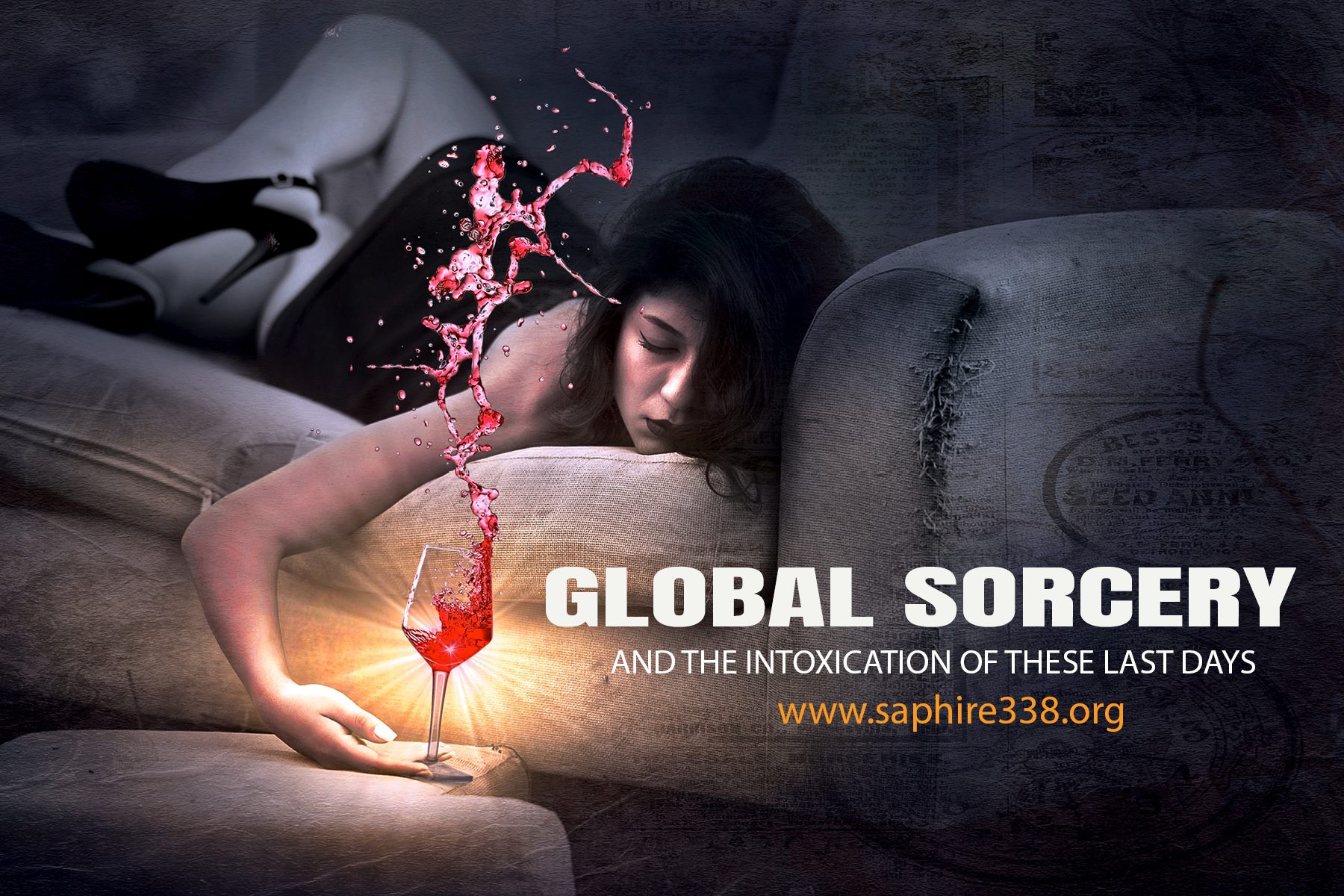 Do not fall for the lies of the world and the governments in it. They are all soaked